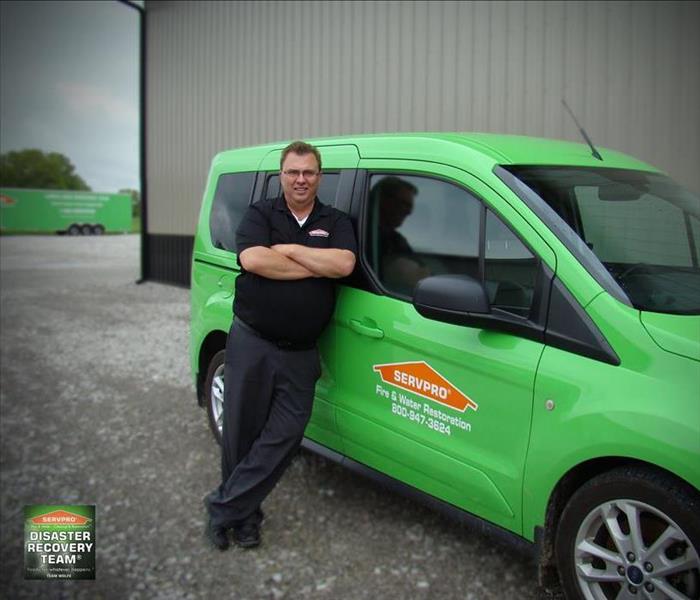 Seven years ago, I started working at SERVPRO. After accepting the position with TEAM WOLFE, I had no idea what I would experience over these years. Before working at SERVPRO, I was one of those people that never listened to the news and weather forecast. My spouse would always remind me that a snow storm was in the forecast, heavy rains were coming, severe thunderstorms and tornado watches were being issued, etc.  Always before the winter months, she would make me a list of emergency supplies needed just in case we would need them: Kerosene for the heater, ice scrapers, ice melt, heat for the gas tank, jumper cables, GPS app updates on the cell phone, etc.

When I applied for a position at SERVPRO and was hired, little did I know that our company was a nationwide large loss team for national disasters like hurricanes, tornadoes and flooding events. I never dreamed that I would get the chance to travel on the large loss team across the country, but I did.

One of the first large loss events I was part of was October 24, 2012 when hurricane Sandy hit the East Coast around the New Jersey area. Our storm team went out a few days before I did. I was sent out to follow one of our semi-truck drivers and then I was to stay out there and assist our crew. Upon arriving in New Jersey at midnight and not knowing there was a curfew that started at dusk, I was greeted by the National Guard with not so happy faces. I didn’t realize what I was about to experience.

After several minutes explaining to the National Guard that I was part of a SERVPRO Emergency Response Team, they finally let me through the gates so I could get back to the damaged building that we were working on from all the flooding. The crew was quick to bring me up to speed on the fact that there was no electricity, no restaurants, gas stations or supply stores open in the general region of our location. Reality was starting to set in that this was going to be a serious logistical situation. I started to have flashbacks of what my childhood friend from our Boy Scouts troop told me to always be prepared at all times. I was always having thoughts of my wife asking me to get the supplies before the storm hit and I didn’t.

When we headed back to the hotel and pulled up in the driveway, it hit me that there was no electricity and all the windows and doors were boarded up. I knew that hotel rooms were very hard to come by as so many were displaced due to the hurricane. Then one of the managers stated, “I hope you don’t mind sharing a room with 4 to 6 co-workers.”  As the sun came up the next morning it was like I was watching a bad movie. I witnessed things I never seen before and I felt so sorry for everyone involved in the region.

In closing, I can safely say that I am now prepared when the weather forecast warns that potential bad storms are coming. Like my friend Calvin always told me, “Gary, always be prepared!” Now, when I head out on deployment to help others from a natural disaster, I know now, from watching what others have experienced, to make sure I pack my bags with everything I may need in the event of an emergency. I will never forget all the tears, the emotion, and the hugs from all the victims that went through this event telling us how thankful and proud of us being there to help them in their time of need.